Apartments for Sale in Abdun

Living In One Of The Classy Districts Of Amman 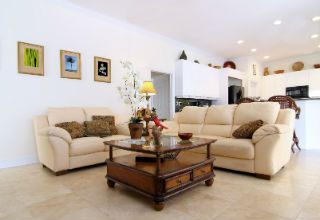 Abdoun is competing to be on top of the list of the most beautiful districts in Amman, it is competing with "Deer Ghbar", "Dabooq", and "Al- Kursi" neighborhoods. And because its beauty and luxury attracts many rich, wealthy and high- class people, it is considered one of the best districts in the country.

Some areas in this beatiful neighborhood has some of the best nicely-designed buildings across Jordan. Due to the importance of this neighborhood in the country, the Jordanian government and the Amman municipality have invested much time and resources in developing the real estate sector in Abdoun. Despite all of these efforts, some residents that lived in this neighborhood for a long time started moving out of it. The question here is why is that happening?

We need to stop here to talk about the few people who left this affluent district to move to other new areas. The people started moving to more quite neighborhoods as Abdoun became a more lively neighborhood and commercial markets and malls started to open in it, which increased the number of visitors to this district from withing and outside of Amman. So, some of its old residents started to move to quieter districts. On the other hand, there are many residents who prefer Abdoun to all other districts and would never leave it. "If tastes were similar, goods would rot".

The most visited areas in this district are those which contain shopping malls and markets –which the visitors and residents know very well – like Abdoun circle and the surrounding area, Taj Mall and Abdoun Mall areas. In addition to some cafes and markets inside its lanes, where you might face some traffic around those areas.

What Are The Specifications Of The Suitable Apartment In Abdoun? 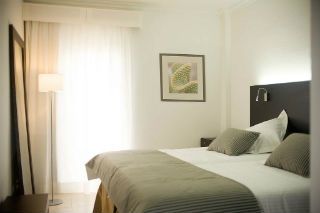 Many projects are being carried out here, and you will surely find what you wish for, because investors are starting more and more construction projects in order to satisfy, please and meet all the demands of the Jordanian citizens and the foreign expats. Taking apartments as an example, you will see that the apartments’ areas vary a lot, you can find an 80-square-meter apartment which is called studio apartment and you can also find 300 square-meter "full floor" apartments. Moreover, You can also find two-floor apartments, the area of this kind of apartments is about 500 square meters, but they are rare to some extent.

Apartments’ prices differ from one inch to another, because there are many factors that determine the price, like the location of the building, the apartment's area, on which floor it is, the finishing, etc...

And of course, many services should be available in this district to please its high class residents' needs and wants. Some of which are the parking lots, the elevators, warming systems, electric shutters, and other essential services.