Apartments for Sale in Al Jubaiha 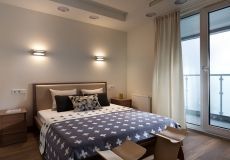 The majority of people see Jbeiha as a quiet and beautiful neighborhood that has the most important and main services. The area is known for being lively during the day and quite at night. Many people have chosen to live in this area because of its convenience. You can get to many places easily by using the main roads such as Jordan Street, which passes through Jbeiha and Yajouz Street which crosses the Jordan Street and passes through Jbeiha too. Moreover, Jbeiha is a large area that has many neighborhoods such like Dahiyet Alrasheed but people used to separate between them. For this reason, it is considered as a large area and has several elegant neighborhoods like Um Zweitniye, Alsadeeq, Qatana, Dahiyet Alrasheed, Municipal neighborhood, Aljam'a neighborhood, and Ibn Aowf. In the last few years, Jbeiha boom deposited an ample of commercial markets and essential facilities which are known for its residents and visitors such as Almanhal, The Jordan University and its northern gate.

Why Should I Consider Buying an Apartmentin Here?

Buying a land, villa or an apartment in Jbeiha should be one of the best decisions you will make for your family. Since the area has different services and hospitals such like Aljam'a Hospital, Alisra' Hospital, and King Hussein Cancer Centre. Also, the number of education facilities such as the largest university "Jordan University" Prince Sumaya University, and the German University. The area considered as one of the most elegant areas in Amman by its excellences and features. Moreover, the main roads that offer easy access to several parts of Amman. Your family will enjoy the conveniences of living in an area such as Jbeiha . The district offers many beautiful apartments for sale or rent and you can find your ideal home easily. Here are some point you have to consider first: 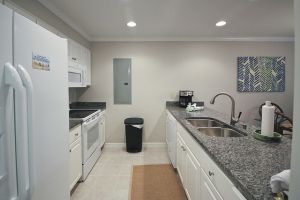 - Consider the maximum budget you have.

- Consider the space you need.

- The quality of services.

You can also save some money when looking for an old apartment, but not more than 10 years old.

According to the apartments’ prices in Jubaiha, the maximum price for an apartment is 90 JOD, while you may pay more than 130 JOD in a different area, for instance, in Dabouq or Abdoun for the same features. This comparison shows that the area is a good investment for the long-term plan in one of the most attractive areas in Amman.