Apartments for Sale in Dair Ghbar

Are You Looking For An Apartment In A Wonderful Neighborhood? 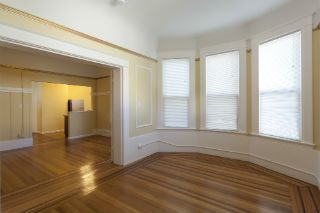 If you want to buy an apartment in an affluent and luxurious neighborhood, one of the first possible options you have is “Dair Ghbar". It is considered to be one of the classiest districts in the capital city of Jordan "Amman".

Many Jordanians and even expats from abroad look for modern apartments or other properties in this reputable district; because of the tranquility and calmness you can find in it. In addition to its vital location and that it is close to other beautiful neighborhoods like "Abdoun" and "Al- Sweifieh", which are considered to be elegant neighborhoods where one can find lots of commercial areas and shopping centers.

In light of what we have mentioned previously, it is not surprising that the demand on real estate is continuously increasing in “Dair Ghbar ". All kinds of properties are demanded by Jordanians and other Arabs from neighboring countries. Many of them came to this neighborhood to search for affordable apartments to buy in order to spend summer vacations and holidays there. Such people are attracted to it because of the nice atmosphere of Amman. Non- Arabs are attracted to this fabulous neighborhood as well, like the foreigners who came from abroad either to work at embassies or to work in international companies in Amman. 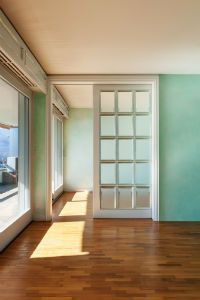 Many Apartments Are Offered For Sale In Dair Ghbar

Nowadays, many real estate projects are being carried out here, few investors tend to build separate villas, but most of them prefer building large, luxurious, well–served buildings, because they find this more lucrative since apartments are demanded more than villas, and we have to mention here that in spite of the increasing demand on the real estate, the supply is very huge as well due to the big number of investors in this field. This is a blessing to those who search for apartments- because they will find a variety of options offered in the market.

“Dair Ghbar" residents are inspired to live in apartments with certain specifications, like the attractive decorations, beautiful exterior, good finishing, in addition to some essential services like elevators, parking lots, warming systems, electrical shutters, and other services.