Villas for Sale in Al Thahir

A Villa in Duheer is A Must Have! 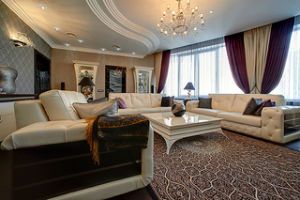 Villas in Duheer are valuable and deserve their prices, not only because of their location, but also due to their features and facilities. Nevertheless, the prices of apartments for sale in Duheer are fairly reasonable or even cheaper compared to other crowded areas.

The best characteristic of Duheer is its location and landscape as most of its real estate properties lie on very high levels that enjoy beautiful views. Many people pay extra money to have a high located villa that looks over the surrounding landscape. In this area, luxurious villas are available with various spaces, starting from 500 meter. Moreover, not only large villas are in this district, but also palaces are to be found here too, with all kinds of additional services. Such kinds of palaces are offered for sale by more than seven million JD (according to 2015 prices). In this glamorous district, the prices of houses highly depend on the interior design and the stones used in building. These are, of course, factors that need to be taken into consideration when buying a villa in Duheer.

The Gate To Airport Road 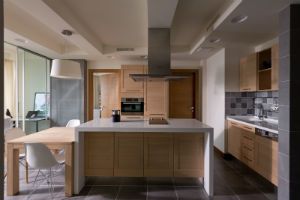 The district at hand is one of the neighborhoods located on the Airport Street. It is visible to the Eighth Circle  residents through the Industrial area traffic - which is being transferred into bridges instead of traffic. This neighborhood is on the right side towards the Airport. There are famous landmarks such as the main branch of Arab Bank, Ministry of Foreign Affairs, and Almanaseer Gas Station down to Prince Hussein Bridge or Marj Alhamam Bridge - the last point of this magnificent neighborhood.

It is very possible that most of Jordan´s residents passed by Duheer neighborhood as it is located on the Airport Street. Hence, many of them also desire to own a villa, palace, or even buy an apartment nearby, in Airport Road for instance. As most of its residents are usually very wealthy, a price increase of real estate properties and land for sale is expected to take place in the coming period.