Villas for Rent in Amman 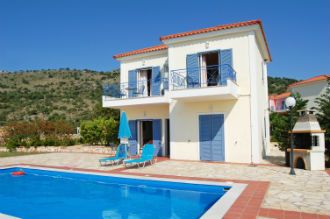 Amman-Jordan is passionately loved by all of its visitors because of its good weather, interesting history and the large number of touristic sites in it. Its mountainous nature gives you the chance to watch Amman from far away and enjoy the sunrise and the sunset. So no wonder that the number of immigrants from neighboring countries to settle down in Amman is increasing, since services are wildly available and hospitals are equipped with the latest high-tech equipment; that’s why many Arabs and non Arabs continuously come from their countries to Amman seeking treatment. All the governmental centers and (The House of Representatives) are in Amman, more than 2,500,000 people live in it, so some places are densely crowded.

Amman is the third city (after Ma'an and Mafraq) in terms of the area. Because it is almost located in the middle of the Kingdom, it is considered close to the other governorates, to a certain extent, and it shares borders with Saudi Arabia, because of all these factors people are coming to Amman in huge numbers to live in it.

2014 Statistics show that Saudis, Iraqis, and Syrians are buying more real estate than the Jordanian themselves.

The Beauty of Amman’s Villas! 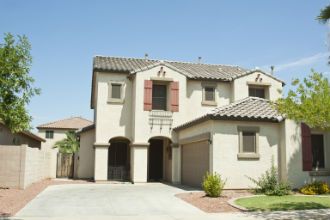 In spite of the recent huge increase in prices – as a result of the rise of the oil derivatives and lands' prices- major construction projects are continuous in Amman, like villas, buildings, towers, etc…

It must be noted that prices in some districts in Amman went up a lot, especially in the Western regions, and more specifically in Al-Kursy, Deer Ghbar, Al-Hummar, and Abdoon. Some villas' prices there could reach about 6 or even 7 million Jordanian Dinars. But what is really weird in Amman is the wide disparity in the financial status of people, there are lots of needy citizens suffering from extreme poverty, on the other hand, there are lots of wealthy business men as well.

Amman villas are absolutely luxurious and magnificent, and we can proudly say that you can't find such villas anywhere else, Jordanian architects – who are well-known for their efficiency- and contracting companies are working together to produce this creativity. If you just take a look on the areas that surround the villas, you will be dazzled by the beauty of the green gardens and the color consistency giving you the chance to spend the most amazing unforgettable evenings.

Villas' designs differ from one place to another according to what is requested; some of them consist of three floors, or two floors with a roof. Villas are found in Western Amman as well as in Eastern Amman like in places like: "Arjan" and "Tabarbour" , and even in Southern Amman like: "AlBnayat". There are simple villas or what is called "separate houses" which are cheaper than villas.

Villas market in Amman provides you with lots of choices; all you have to do is searching for what satisfies and meets your needs according to your financial ability.