Apartments for Rent in Amman

Renting Different Kinds of Apartments in The Capital 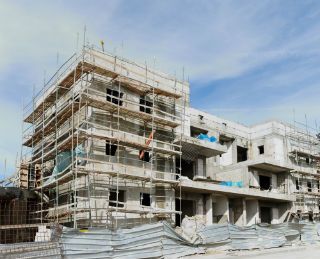 Amman - the capital of Jordan- is constantly developing, it is highly desired by all the citizens of Jordan. Although its population is the largest compared to other cities across the kingdom but many people prefer to live there.

On the other hand, living there is expensive compared to the other cities across Jordan. So, everything is available for all community levels but it's a bit expensive. There's a large disparity between the rents of the eastern side and west Amman which is considered more elegant. At the end, it all depends on the buyer himself, so those who are used to live in the east wouldn't like to move to the west since it's more expensive there.

Still there's a very noticeable increase in the rents all over such areas as well. We cannot ignore the surrounding circumstances like the constant rise in the rents in general. Moreover, the law that allowed the owners of the apartments to raise the rents in order to cope with nowadays life's conditions didn't make things easier for the people that are looking to rent. For example, some tenants in the past used to pay JD 40 as a daily rate of a rented apartment, this rate doesn't exist anymore. Such apartments are rented for 100 JDs nowadays. Moreover, it is the same for the western part of the city, the average price of a rented apartment is around JD 1000 per month.

Where Shall I Rent an Apartment in Amman? And What are The Available Choices?

This is the first 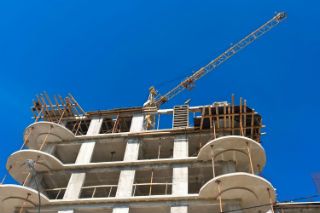 question that comes to the mind of those who intend to get married and are looking for an apartment or a family who moved to some other place to settle in and even those who come from abroad. So what are the priorities that you need to consider? And what shall you choose in the currents circumstances?

1. The monthly salary: which is one of the most important factors that decides which apartment to choose whether its is for rent or for sale. So, if the salary of the family is less than 500 JD, then it's better to look for an apartment in the eastern side of the city which is less expensive than the western areas. The range of the rents in the east is around JD 100 for the small apartments and JD 250 for the larger ones. While in the western region it is around JD 200-400 for the medium sized apartments. 2. The proximity to your workplace: It is very important to live to some extent close to where you work. Amman is a big city and in peak times, you may face some traffic which may slow you down a bit. So, in order to avoid this, choose an apartment that is not too far from your workplace. 3: Make a Quick Decision: Don't ever delay the decision of renting the apartment you like, since there's an increasing demand on the apartments every day. 4. Write Everything Down: when you find the suitable apartment and want to make an agreement with the owner about the monthly rent check out the apartment carefully and tell the owner about all your notes, and make sure that all the terms of the contract meet your requirements and needs.